Beyonce has become the most decorated Grammy artist of all time, collecting her 32nd trophy at this year’s ceremony. The pop superstar, 41, made history as she won the best dance/electronic music album award for her house music-sampling album Renaissance. This took her one higher than the previous record, held by Hungarian-British conductor Georg Solti, who died in 1997.

Music stars grace the red carpet of the 65th annual Grammy awards in jaw-dropping outfits in Los Angeles on Sunday night. Must credit CBS/Recording Academy. Do not obscure logos. No use after february 12th.

‘For a lot of people, this is their reality’: Claire Foy on thoughtful drama Women Talking

Set in an isolated colony of Mennonite Christians, Women Talking – directed by Sarah Polley and based on the 2018 novel of the same name by Mennonite-raised Miriam Toews – tells a story that has roots in real-life horror and explores an imagined retaliation against gender-based violence. In the opening scenes of the film, which is in the running for Best Picture at the Oscars, it’s revealed that the women and girls of the religious colony have been violently raped in their sleep at the hands of colony men over an extended period of time, having been knocked out with animal anaesthetic – a concept based on real life events that happened at the Manitoba Colony, a remote Mennonite community in Bolivia.

Former Sex Pistols frontman John Lydon has said he’s still “terrified of getting it wrong” when performing, as he gears up to compete to become Ireland’s Eurovision entry. His band Public Image Ltd, also known as PiL, are among the six acts competing to represent Ireland at the Eurovision Song Contest to be held in Liverpool this May.

James Cameron said he “would not change a frame” of his Oscar-winning film Titanic, ahead of the 25th anniversary of its release. The multi-award winning director said throughout his lengthy career he had learned not to “second guess yourself” and that, given the opportunity he would “probably make the same damn movie now”. It comes ahead of a special theatrical re-release of the critically-acclaimed movie, which was first released in 1997.

Welsh singer Bonnie Tyler admitted she was a 'very happy girl' after being presented with an MBE for services to music at Windsor Castle.

Presenter AJ Odudu said she and co-host Rylan Clark felt like the “bride and groom of Eurovision” has they hosted a handover ceremony and allocation draw ahead of this year’s song contest. The pair presented the handover, known as the Insignia, from St George’s Hall in Liverpool on Tuesday ahead of this year’s competition, which is being held by the UK on behalf of Ukraine.

Dame Esther Rantzen has said she is remaining “optimistic” after revealing she has been diagnosed with lung cancer. The 82-year-old broadcaster, long-time activist and founder of charities Childline and The Silver Line, confirmed the news on Sunday. Dame Esther said in a statement to the PA news agency: “In the last few weeks I have discovered that I am suffering from lung cancer which has now spread. At the moment I am undergoing various tests, to assess the best treatment. “I have decided not to keep this secret any more because I find it difficult to skulk around various hospitals wearing an unconvincing disguise, and because I would rather you heard the facts from me."

Bruno Tonioli, who was confirmed as the ITV show’s new panellist on Tuesday, blew a kiss as he arrived for the Britain’s Got Talent auditions in London.

Colin Farrell and Bill Nighy have received their first best actor Oscar nominations. It was a strong showing for Irish talent at the nominations, with Paul Mescal also joining the pair in the top category as well as several nods for Martin McDonagh’s The Banshees Of Inisherin. Nominees for the 95th annual Academy Awards were announced on Tuesday by Riz Ahmed and Allison Williams, in-person for the first time since the start of the coronavirus pandemic.

What was it like to star in Steven Spielberg's autobiographical film? Gabriel LaBelle and Michelle Williams talk about working with the director on such a personal project. Spielberg’s latest movie is a story loosely based on his adolescence and early years as a film-maker.

Beyonce has taken to the stage for her first headline concert since 2018, performing at a private hotel launch event in Dubai. Appearing at the grand reveal of Atlantis The Royal – billed as the world’s most ultra-luxury resort – the singer was joined by 11-year-old daughter Blue Ivy, the pair duetting on Brown Skin Girl from 2019 album The Lion King: The Gift.

Authorities say there is still “no hard deadline” for calling off the search for Julian Sands, one week after the British actor was first reported missing in the southern Californian mountains. San Bernardino County Sheriff’s Department said the incident was still being classified as a search and rescue operation, though snow, sleet and fog continued to hinder operations on foot. As of Thursday evening visibility at high altitudes in the Mount Baldy area remained poor, with searches planned to continue when conditions permitted.

Tyler West has revealed that the male stars of Strictly Come Dancing series 20 are “closer than ever” and have hosted a boys’ night ahead of the Strictly Live Tour. The Kiss FM DJ competed in the most recent series of the BBC One dancing show alongside Strictly professional Dianne Buswell and became the eighth celebrity to be eliminated from the competition. Speaking at the launch of the Strictly Come Dancing Live Tour in Birmingham, 26-year-old West spoke about being reunited with his fellow dancers after the Christmas break.

Netflix’s anti-war epic All Quiet On The Western Front leads the pack for this year’s Bafta film awards with 14 nominations. The film, directed by German filmmaker Edward Berger and based on the 1929 novel of the same name by Erich Maria Remarque, has received nods for top gongs including best film, best director and best film not in the English language. Its string of nominations means it equals 2000’s Crouching Tiger, Hidden Dragon as the film not in the English language with the most nominations in Bafta’s history.

Young actor of The Fabelmans, Gabriel LaBelle, heaped praise on working with director Steven Spielberg and co-star Paul Dano, and admitted that he got 'inspired' by The Batman star.

The Woman King star Sheila Atim admits her pride that more women have been nominated for the Bafta Rising Star award, as she was among four other women nominated in the category.

Madonna has announced a global tour featuring her greatest hits from four decades. The Queen of Pop will visit 35 cities during Madonna: The Celebration Tour, which kicks off in Vancouver in Canada on July 15 and will be followed by stops across North America.

TV presenter Jeremy Clarkson has apologised to the Duke and Duchess of Sussex over his column in The Sun newspaper in which he said he “hated” Meghan. In a lengthy statement on his verified Instagram account, The Grand Tour presenter said he emailed the couple on Christmas Day to say his language in the column had been “disgraceful” and he was “profoundly sorry”. 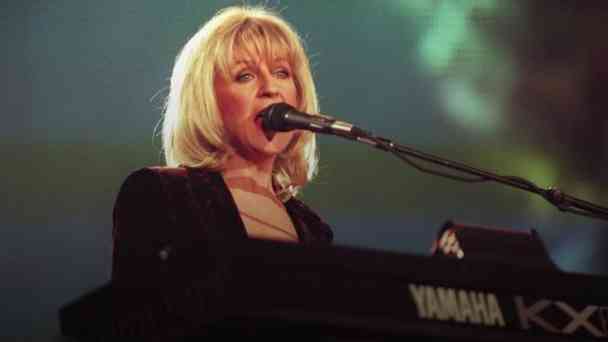 Fleetwood Mac star Christine McVie has died following a short illness at the age of 79, her family have confirmed. The British-American rock band, founded in London in 1967, sold more than 100 million records worldwide, making them one of the most successful groups ever.